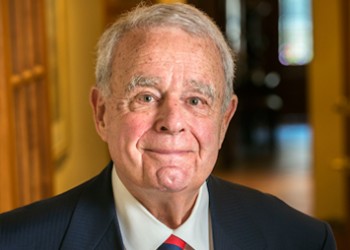 Chilion Heward joined Jones Heward and Company in 1952. The firm was founded by his father Brian Heward in 1925. Chilion was a member of its investment management department and became President and CEO in 1974. During his career at Jones Heward, he was also on the Board of Governors of the Montreal Stock Exchange.  Later on in 1981, he resigned from the firm to launch CFG Heward Investment Management Ltd. and to focus on global investment opportunities. Throughout his long and distinguished career, he developed a strong global network of relationships with key investment firms in Canada, the United Kingdom, South East Asia and other regions around the world.  His depth of experience provides guidance for the firm and the families he personally looks after. He has served on numerous public and private boards throughout his career including hospital foundations, private foundations, charitable funds, university pension funds and several family investment companies in Canada and the United Kingdom.